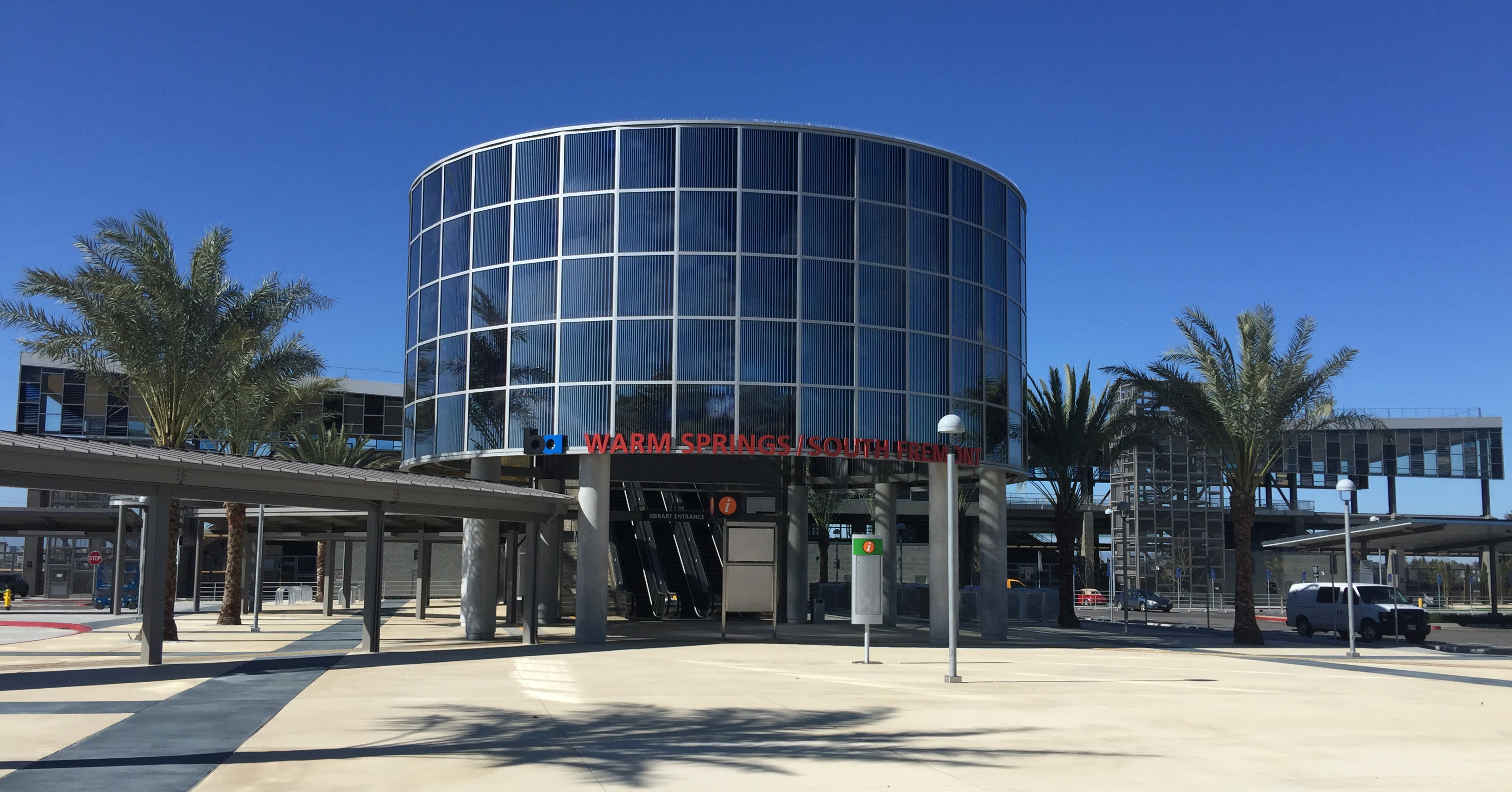 The future Irvington BART Station is currently in design and will be located approximately halfway between the existing Fremont and Warm Springs / South Fremont stations. The City of Fremont has secured $120 million in funding for the station through Alameda County Transportation Commission's Measure BB, which was approved by voters in 2014, and an additional $2 million in funding through the Metropolitan Transportation Commission Regional Measure 2. Planning and environmental work led by the City of Fremont was completed in Summer 2019 and the preliminary engineering work led by BART was completed in Summer 2020. The project is now in the final design phase, which will last approximately two years. Click here to learn more.

The City of Fremont is working to construct a pedestrian bridge from the BART Warm Springs / South Fremont Station to a new public plaza west of the station. Construction began in the Fall of 2018 and is anticipated to conclude in the Spring of 2020. For more information, visit the City of Fremont's website.

BART Board Adopts Addendum to the Warm Springs Extension Project FSEIR and Modifications to the Irvington Station - Click to learn more.

BART Warm Springs Extension Named Project of the Year by the California Transportation Foundation - Click for more information on the award!

The Warm Springs Extension added 5.4-miles of new tracks from the existing Fremont Station south to a new station in the Warm Springs District of the City of Fremont. A second station will be added as an "infill" station and located approximately midway between the Fremont and Warm Springs / South Fremont stations in the Irvington District. $120 million in funding for the Irvington Station is included in Alameda County Transportation Commission's (ACTC) Measure BB passed by voters in 2014. For more information on the Irvington Station, click here.

The WSX project alignment crosses over Walnut Avenue; under Stevenson Boulevard, Fremont Central Park and the Union Pacific Railroad track in a subway; over Paseo Padre Parkway; under Washington Boulevard; under Auto Mall Parkway; and over South Grimmer Boulevard. Get a detailed description and images of the Warm Springs Extension Alignment.

As with all BART stations, the Warm Springs / South Fremont Station is fully accessible to pedestrians and bicyclists, and includes bike lockers, elevators and escalators, Braille signs and a tactile sight path to aid riders with disabilities.

In keeping with the Federal Transit Administration (FTA) guidelines to incorporate art into mass transit projects, BART commissioned artwork from professional artists for the new Warm Springs / South Fremont Station and for the concrete seating areas at the existing Fremont Station. Learn more about the Warm Springs Art Program. 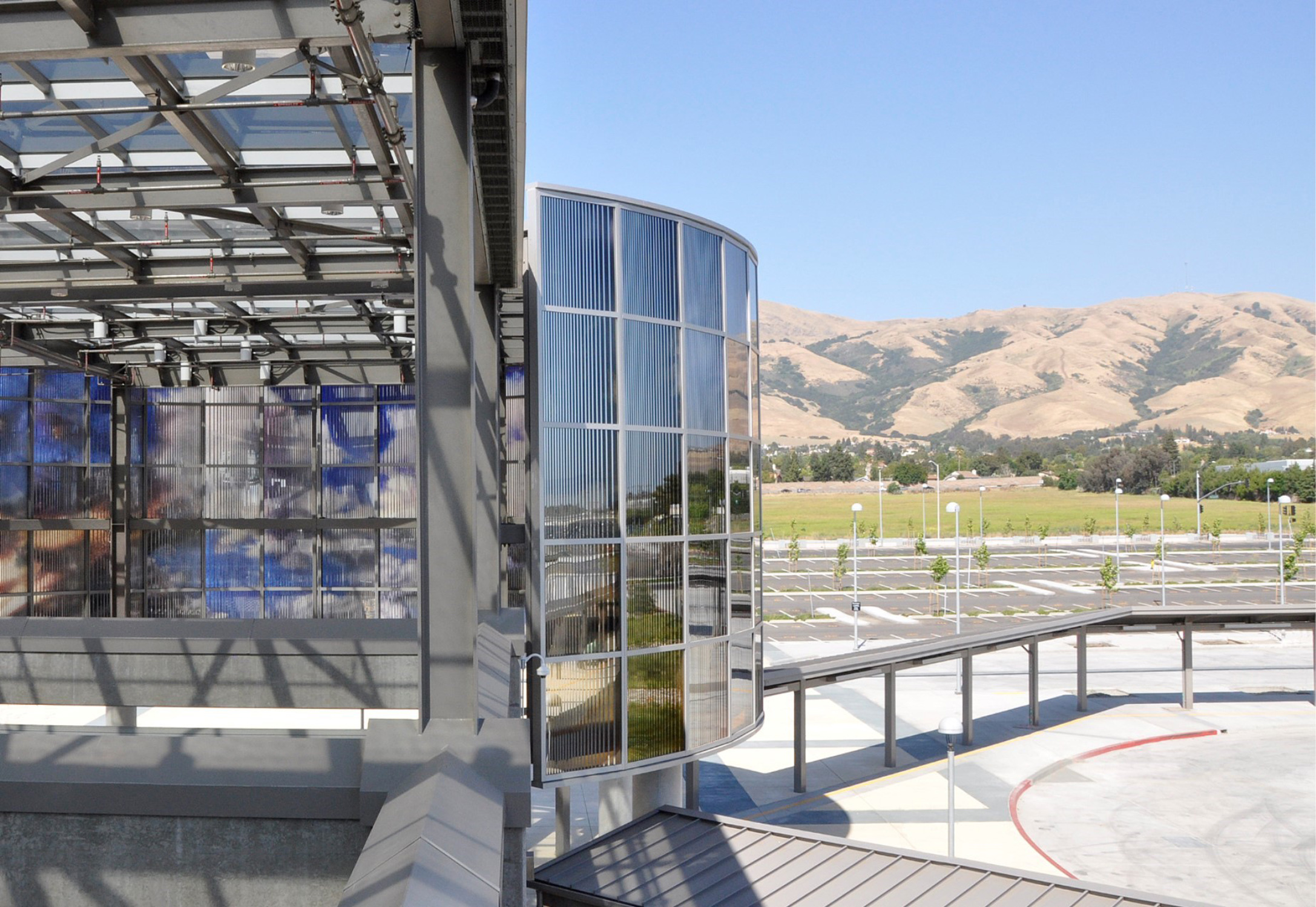 In 2007 BART devised an implementation strategy whereby the project would be constructed via two large contracts: The Fremont Central Park Subway Contract and the Line, Track, Station and Systems Contract. This approach was succeeded in minimizing overall escalation costs and most appropriately deal with the special needs associated with the disruption to Fremont Central Park. 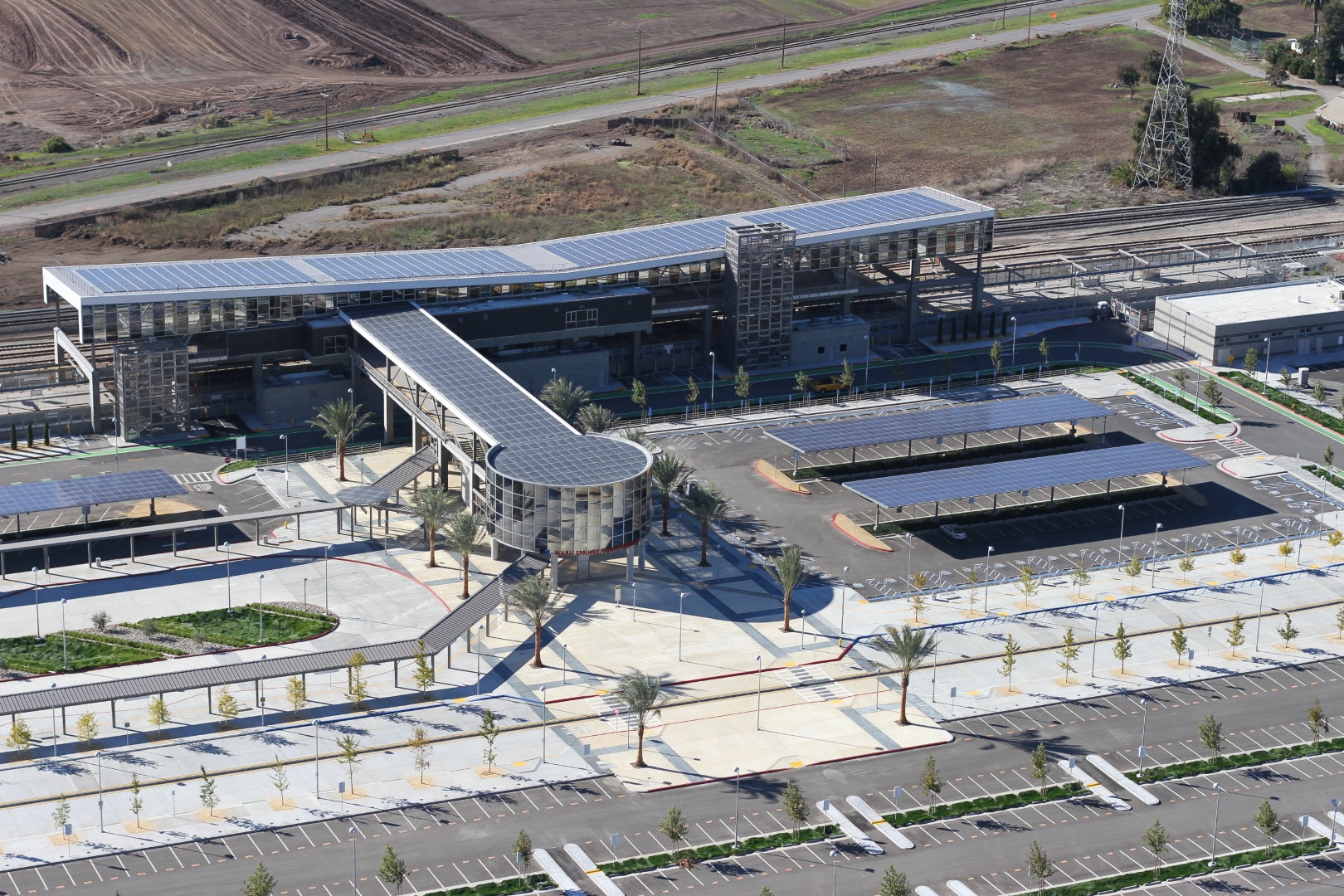 The Line, Track, Station and Systems (LTSS) Contract was a design-build contract intended to perform the final design as well as construct the remaining parts of the Warm Springs Extension, including the trackway, systems, tie-in at the Fremont Station, and the new Warm Springs / South Fremont Station and parking lot. This contract also included certain provisions to facilitate both the further extension of BART into Santa Clara County (by VTA), and the construction of an intermediate station in the Irvington District.

The Warm Springs / South Fremont Station, including the surrounding site, was carefully designed to promote both multi-modal and disabled access as well as to accommodate potential future transit oriented development. The station meets not only BART's Facility Design Standards, but also the expectations of the BART Bicycle Task Force, the BART Disability Task Force, and the accessibility requirements of the State Architect. Furthermore, the site development is well integrated within the surrounding infrastructure, both existing and planned.  The conceptual and preliminary design of the station itself was the work of Robin Chiang & Company of San Francisco, architectural sub-consultant of BART's General Engineering Consultant, Parsons Brinckerhoff, Inc. The open and gracefully geometric design, coupled with ample landscaping and a public art component, is intended to capture both the spirit and energy of BART, as well as the history and culture of the Warm Springs District of Fremont. This design concept was completed and detailed by the Design-Build contractor's architect, HNTB, as part of the execution of the LTSS contract.

This contract removed or modified various existing structures along Warm Springs Court in preparation for construction of the BART trackway south of the Warm Springs / South Fremont Station. In October 2011, the contract was awarded to Parc Services of Livermore, CA, for $1.06 million. The contract was completed on schedule in October 2012. 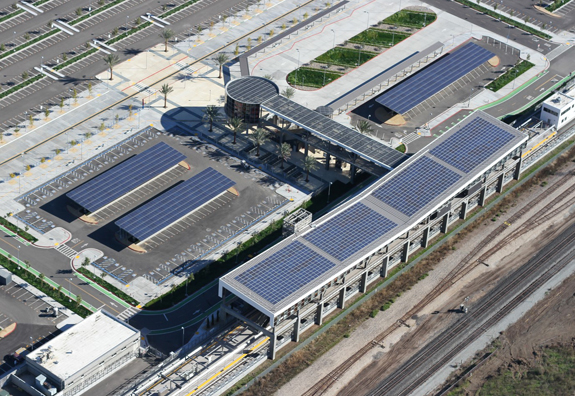 The Warm Springs / South Fremont Station has nearly 2,000 solar panels installed on the station roof and on parking lot canopies. These were installed and will operate for at least the next 20 years under a “power purchase agreement” between BART and SolarCity. The panels went into operation on September 29, 2016 and have the capacity to generate 512 kilowatts (kW) of power, which is more than enough to serve all the daytime electricity needs for the Warm Springs / South Fremont Station. For comparison, the average California home with rooftop solar has about 5 kW of capacity.

The total project budget for the Warm Springs Extension was approximately $890 million. The various funding partners and their share in the total project are as follows:

The WSX project, exclusive of the Irvington Station and rail vehicles, was completed for approximately $750 million.

Major construction on the Warm Springs Extension began in August of 2009 with the commencement of the Fremont Central Park Subway Contract. The Subway Contract was completed in April 2013. Major construction of the design-build Line, Track, Station and Systems (LTSS) contract, which began in October of 2011, was completed in the summer of 2016. The Warm Springs Extension opened for revenue (passenger) service on March 25, 2017, following a period of rigorous testing and CPUC approval.

In May 2010 the City of Fremont completed the Washington Boulevard and Paseo Padre Parkway Railroad Grade Separation Project. The grade separation at Paseo Padre Parkway included an overpass for future BART trains, and was constructed by the City of Fremont via an agreement with BART to avoid future disruption during construction of the Warm Springs Extension. The Grade Separation project eliminated six railroad grade crossings, relocated interfering utilities and made the railroad corridor to the southeast of Fremont Central Park compatible with the WSX project alignment.

This project is intended to extend BART service southward from Warm Springs to Milpitas, San Jose and Santa Clara. This project is sponsored by the Santa Clara County Valley Transportation Authority (VTA), which is responsible for its implementation under an agreement with BART. For more information on this project please visit www.vta.org/bart.